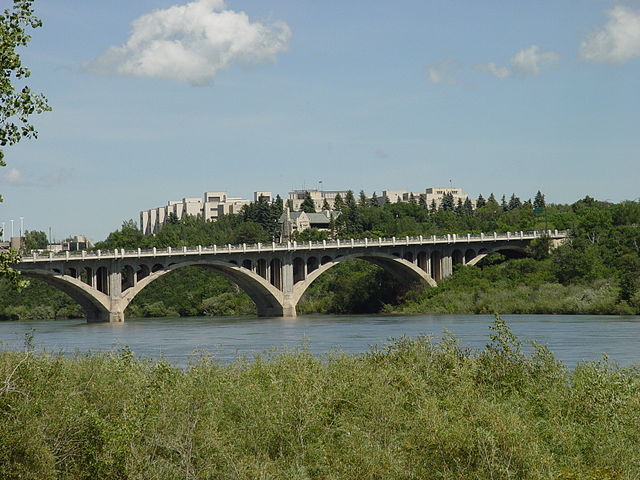 Think of Saskatchewan and you inevitably conjure images of sprawling prairie and sun-soaked fields of grain. But there is much more to Saskatchewan.

As the only Canadian province with entirely man-made borders, Saskatchewan cuts an almost perfect keystone shape from the heart of North America. Saskatchewan is bounded by Alberta (to the west) and Manitoba (to the east). North Dakota and Montana share the southern border while Nunavut covers the north.

Southern Saskatchewan is classic prairie flatland, particularly around Regina. With no natural obstacles, roads on the bald prairie are neatly surveyed in a criss-cross of straight lines that subdivide the land into squares of one square mile each-what farmers call a section. You can drive straight as an arrow for hours without glimpsing a hill. The pancake-flat land is a sea of wheat, barley, flax and canola, interrupted by islands of planted trees surrounding farmhouses and barns. Prairie people call it Big Sky Country because the endless horizon and the dry, haze-free air make prairie skies seem bigger and bluer, clouds whiter and sunsets redder. As you travel north, the prairie gives way to forest and scores of lakes (over 10,000). About half of Saskatchewan is covered by forest.

Saskatchewan is Canada's breadbasket, but oil, petroleum and mining (primarily potash, uranium and coal) are also big contributors to the economy. Saskatchewan produces most of Canada's wheat and a good chunk of the nation's oil.