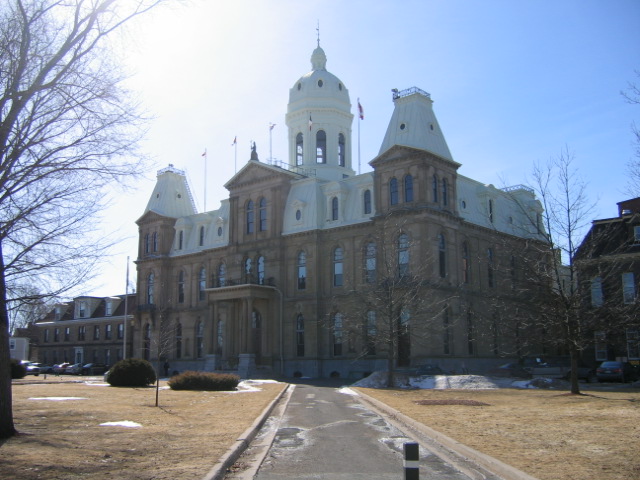 New Brunswick is the largest of the three Maritime provinces. It shares borders with Quebec, Maine, Nova Scotia and Prince Edward Island via the longest bridge over ice covered waters in the world, Confederation Bridge.

The scenic Atlantic Ocean coastline that borders New Brunswick on the south and east has earned it the nickname "The Picture Province". The powerful Bay of Fundy tides, the world's highest, have carved caves and pillars of rock that resemble gigantic flowerpots from the sandstone cliffs at Hopewell Cape. Lighthouses, charming fishing villages and sand dunes dot the many coves, inlets and islands of New Brunswick's 1000 kilometers of coast. The warmest waters north of Virginia can be found off the many beaches on the eastern side of the province.

Almost 35% of New Brunswickers speak French as their primary language. In towns like Moncton it is not uncommon to hear residents switch between French and English in the same conversation, an indication of the true bilingual nature of the province. A small percentage of Micmac Indians and people of Dutch and German descent add to the province's cultural diversity.

When it comes to entertainment New Brunswick offers a lot more than outdoor adventure. There are museums, art galleries and theatres in the larger towns. King's Landing Historical Settlement, a re-creation of an 1800s loyalist village is a popular attraction near Fredericton as is Acadian Historic Village, a re-creation of a French Acadian village in the 1780s. Magnetic Hill theme park (where the landscape gives the illusion that cars are coasting uphill) has a zoo, water-slides and other family amusements. New Brunswick is also the home of the world's longest covered bridge in Hartland.